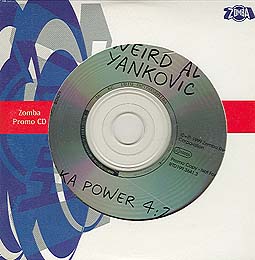 The first time since 1985 that a polka medley would be released as its own single (although it should be noted that "The Hot Rocks Polka" was included on 1989's "Isle Thing" promo single).

Strangely enough, the rather generic packaging makes no mention of the release the song is taken from or promoting.

Click Here to Go Back to Running With Scissors